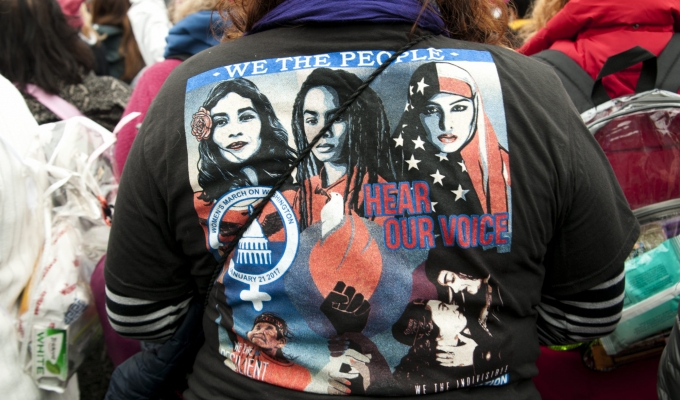 Just one day following Donald Trump’s modestly attended Inauguration pageant, over half a million people – overwhelmingly female, though diverse all-around – jammed the Washington, D.C. mall and surrounding avenues for a highly spirited, highly charged and highly cathartic political rally. Ostensibly, this great mass of humanity represented a broadly-based ‘rally for human rights.’ Organizers went out of their way to promote the march as ‘pro-woman, pro-immigrant, pro-Muslim and pro-LGBTQ rights’ in nature. Indeed, it was all these things, and then some. The planners didn’t want this to be merely a bitter, anti-Trump rally. Then again, Americans do tend to get much more fired up when gathering in opposition rather than simply in direct support of a cause. The ire and resentment on display on this heavily overcast, yet dry, mild winter day was palpable, even visceral. There was indeed sheer joy and exaltation, just as there was clearly a determined sense of intense reaction and purpose. In a word, fierce. Not to be overlooked here was the vast ocean of protest signage. A majority of these signs made direct reference to the obvious object of scorn, newly crowned POTUS, Donald J. Trump. A crowd of this magnitude requires a […]